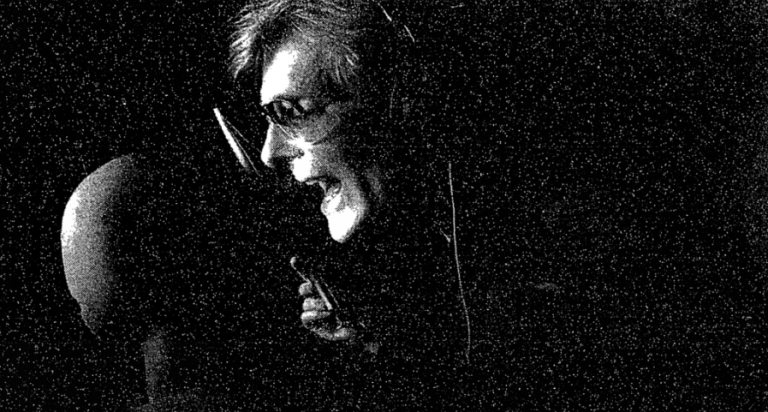 A version of this article appears in print on Oct. 24, 1993, Section 9, Page 8 of the National edition with the headline: Psychobabble?.

First there was Bill Moyers on Joseph Campbell. Then came Clarisa Pinkola Estes’s “Women Who Run With the Wolves.” Now, for those who find solace in “myth lite,” there is Lloyd Glauberman, a psychologist, hypnotist and recording artist who spins whimsical fairy tales with feel-better-about-yourself messages on convenient cassette tapes.

Recorded on the Psycho-Technology label, which he founded five years ago in New York City, each half-hour tape offers two simultaneous tales that are embedded with 40 hypnotic suggestions. The two-tape “Floating Holograms” series is aimed at improving self-esteem. “Procrastination, a Rhythmic Approach” is another program, and “Inside, Outside” is a two-tape series for losing weight. There are four other programs.

Dr. Glauberman does a brisk mail-order business, having sold about 40,000 cassettes at $20 each, he said. Creative people on low budgets “were the first customers,” said Dr. Glauberman, 45, a Manhattan therapist.

But in the last year, as the tapes have been offered by catalogues like Nightingale Conant in Chicago and Tools for Exploration in California, the Psycho-Technology label has been turning up in the tape racks of middle-class homes and stylish health spas.

With plans for cassettes about sexuality, couples’ communication and pain control, and a six-cassette program that is, he said, “a mythological odyssey of self-discovery,” Dr. Glauberman is clearly moving in a top-40 kind of direction.

That might seem like quite a departure for this mild-mannered man with a doctorate in psychology. Of course, he has spent time in flotation tanks and trained as a hypnotist. He has also trained New York City police officers in family-crisis intervention. But perhaps his early experience as a rock-and-roll drummer was the best training for becoming a hypno-recording artist.

“Something comes over me when I go into a recording studio and look at that microphone shaped like a human head,” he said. “I mean, I can create a nearly three-dimensional experience. It’s like virtual reality.”

We’d see about that.

A friend, a 33-year-old novelist who lives in the Rockies, had promised me that the Psycho-Technology tapes are better than a psychiatrist.

“Who has time to lie on somebody’s couch and talk and talk and talk?” she said. “I put on a tape and try to follow the stories. Of course, it’s impossible to follow two stories at once, and I get so confused that I finally give up and relax. It’s like therapy for people who think too much.”

My friend has practiced headphone therapy for a year and has lost 25 pounds, acquired a Zen calm. She sent me “The Return of the Dream Machine,” Psycho-Technology’s two-cassette package for turning emotions like anger, depression and anxiety into sources of positive energy. She enclosed a note that said, “I feel so close to you now that we have the same shrink.”

Actually, I felt a little embarrassed. At first listening, Dr. Glauberman seemed more interested in spinning easy-listening fables than in effecting profound psychological change. The first tape began with chirping birds and a gentle swell of Enya-ish music: it sounded like a New Age seance.

But then there was Dr. Glauberman’s smooth, slow tenor. He speaks in the halting cadence and exaggerated diction that one tends to employ with young children or non-English-speaking people.

“The day in the park had begun uneventfully (pause) for the man. He had entered at his usual spot (pause), walked along his usual path (pause) and encountered many of the same faces (pause) he had seen before. And as he walked (pause) along (pause) a sign caught his eye. It said: (pause) ‘Come to the puppet show (pause) for an afternoon of fun and fantasy.’ “

It’s not exactly Edith Hamilton’s “Mythology.” It’s not exactly Brahms. Yet, as the man is drawn to the puppet show, the listener becomes heavy of eyelid, listless of limb.

Hey! Wait a minute! Who is this guy telling my eyelids to droop? And what kind of pervert wants to sit with a bunch of children at a puppet show, anyhow? Just as this sort of static began buzzing through my mind, the curtain went up on the puppet show and the story line on the tape immediately cloned.

In the right ear I heard: “As the sun set (pause) on a beautiful summer day (pause) the old man was feeling very content (pause). His grandson was visiting (pause) and they had spent the day (pause) in the woods (pause).”

There were moments when the stories seemed to intersect in phrases like “Feel good about yourself” and “Lift your mood.” These intersections were quite calming.

Dr. Glauberman sounded a little like the Wizard of Oz. His stories were interlaced illusions, the stereophonic equivalent of smoke and mirrors. The tape lulled me, and I woke up calm and optimistic. I didn’t wake up thinner or better organized, just relaxed, energized and feeling as if my imagination had just been limbered.

The spell lasted for a couple of hours. For that time, like Dorothy, I was transported to a place at least as calm as Kansas.

“Psychologists haven’t responded to the technological age,” Dr. Glauberman said. “I’m using technology and myth as tools to bypass consciousness and jettison helpful messages into people’s minds. People don’t know they hear them, they don’t have to stop and listen and make a decision and change. The messages are the audio equivalent of peripheral vision. People don’t notice hearing them, but after a period of time, they change certain behaviors.”